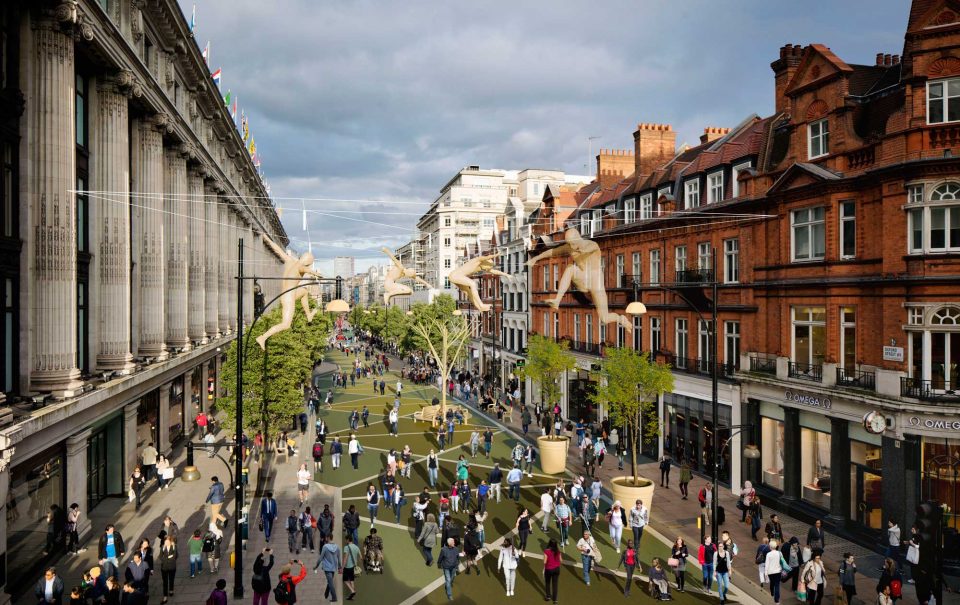 A year on from creating visualisations for the extension of the Crossrail’s new Elizabeth Line, to be launched by December 2018, AVR London has once again worked with TfL and others to create illustrative images for the proposed transformation of Oxford Street.

With pavement congestion and high levels of air pollution, the discussion over whether to pedestrianise Oxford Street has been passing back and forth for years. Having been pedestrianised for short-term periods in the past – usually over the weekends before Christmas, London Mayor Sadiq Kahn, TfL and Westminster City Council’s proposal would build on these trials, endeavouring to make the street safer and more attractive to visitors. Citing it as a “traffic-free pedestrian boulevard,” Khan is also aiming for the move to prepare the area for the opening of the Elizabeth Line, expected to bring even more people directly into the heart of the city when it opens in late 2018.

The visualisation phase was composed of two stages, involving both sets of transitional and transformational imagery. To help gauge public reaction, the already published transitional images portray the scheme with temporary installations such as street theatre, children’s’ playground features, colourful seating and painted landscape surfaces. The transformational scenes are alternatively illustrated with permanent features, such as sculptural, water and light installations.

As the street is part of a wider district, we were asked to visualise the accompanying improved public realm along quieter parallel roads either side of Oxford Street, such as on Wigmore Street. This scene was illustrated with colourful crossing points for pedestrians, while the view taking in the already pedestrianised South Molton Street converging onto Oxford Street demonstrates the flow of pedestrian traffic in the area.

The visualisations include scenes taken from the pedestrianised zone stretching all the way from Oxford Circus to Selfridges. Our main focus was to illustrate a completely new landscape in the place of existing roads. With plans to potentially commission a new 800m-long work of public art to fill the entire length of the former road surface, we were required to depict transitional scenes with public art suspended over the road and harlequin-style shapes painted over the pavement. These artworks were based on visual references sent to us by TfL, which included images and sculptures of light installations and acrobatic, dancing figures. We were also required to fill the boulevard walking area with potted trees and planters, reminiscent of typical European-style boulevards.

As Khan has previously stated that Oxford Street will become the “world’s best outdoor shopping experience,” we, as artists, were aiming to best illustrate the strong advantages of this scheme to the public. This was primarily achieved by visualising culturally, rich scenes full of colour, conveying a warm, inviting scene to the public and the street’s potential visitors. In each view, there is a notably broad and multi-cultural social spectrum, including minorities such as same-sex couples holding hands and a diverse range of ethnicities. With plans to see the carriageway raised to be level with existing pavements to boost accessibility, there is also an evident inclusion of people in wheelchairs so as to demonstrate how they will be accommodated as part of this landmark scheme.

The images were featured on the BBC website, in the Independent, the Evening Standard, Huffington Post UK, Metro, in Dezeen, Wired Magazine, and other major broadsheets and magazines. 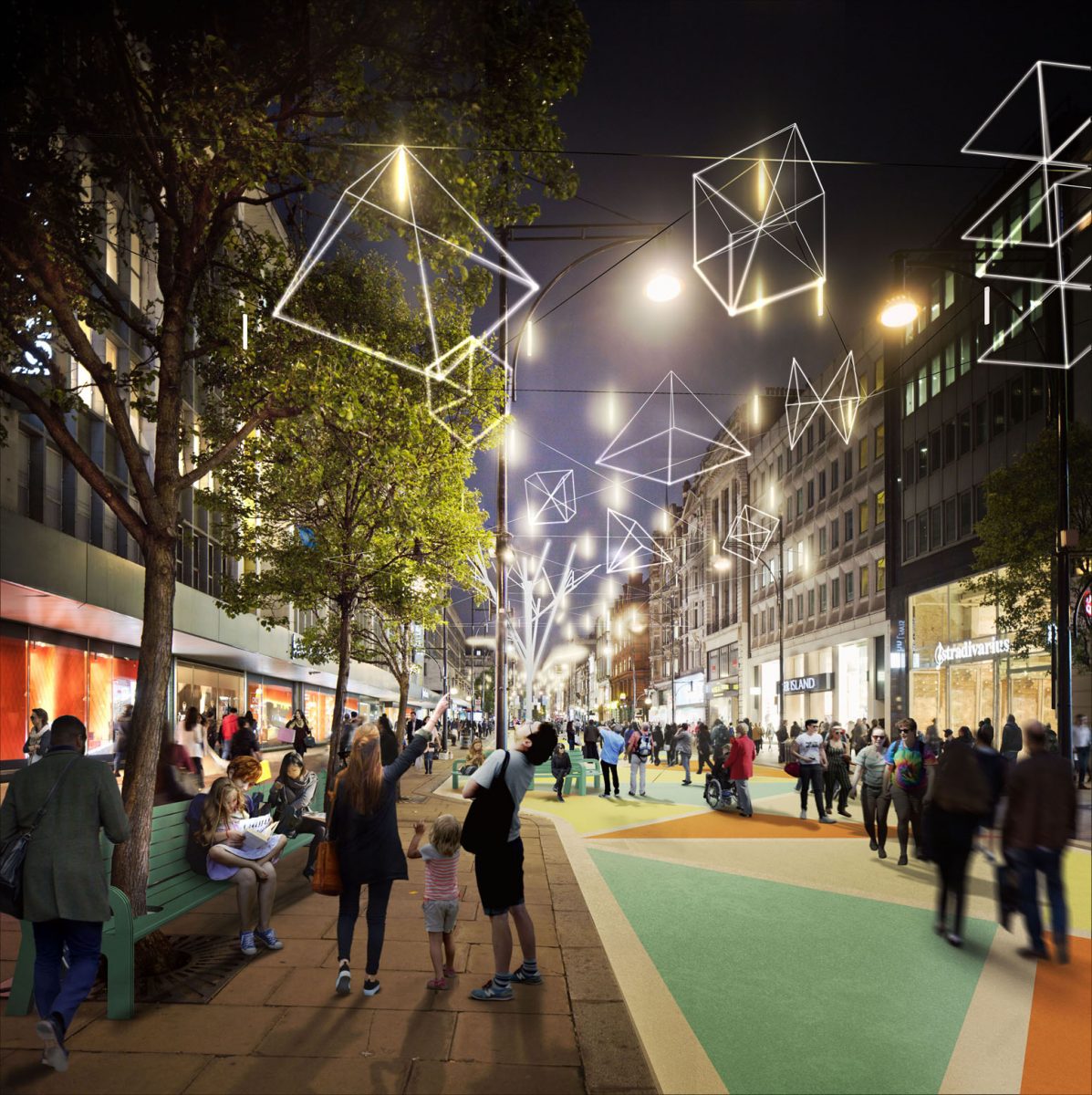 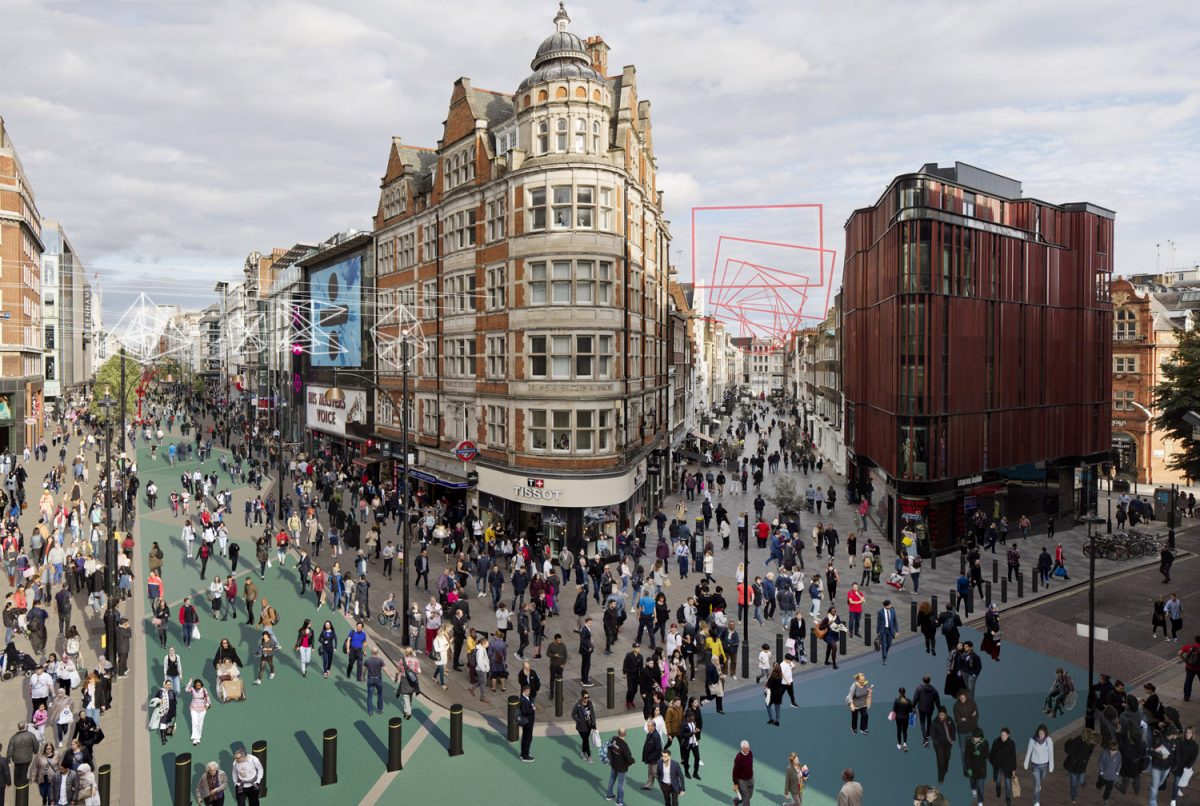