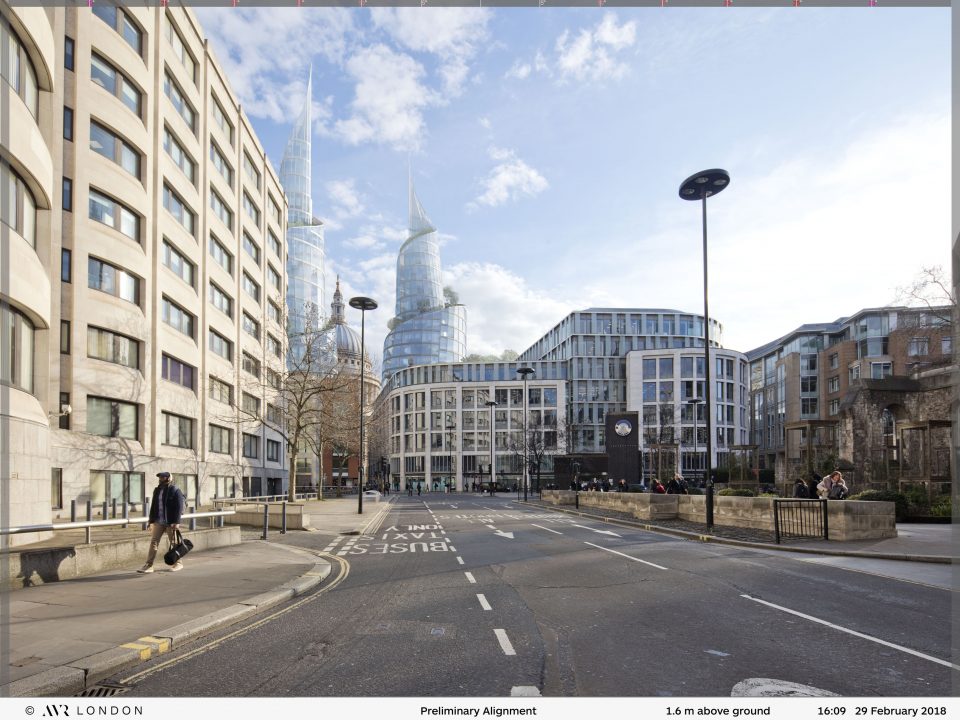 Following on from a few years of April Fools fun images it was great to see our shots for the ‘new’ St Paul’s towers proposal released in the Architects Journal on 1 April 2018. See below for images and text written by Richard Waite from the AJ. 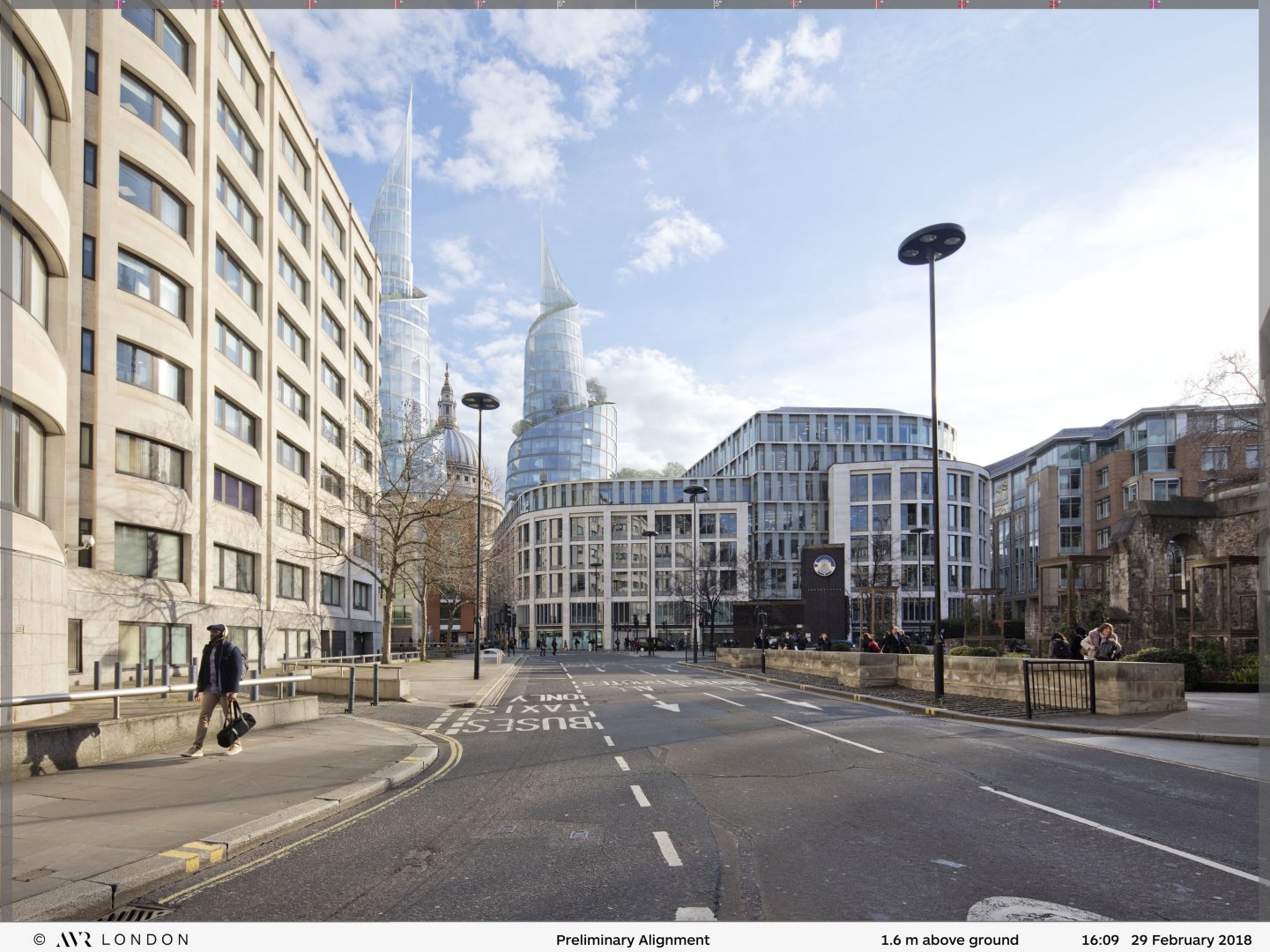 Last week the project, backed by Moscow-based developer Krasny Dengy, was singled out by the Treasury Select Committee as MPs began their probe into the scale of money laundering in the UK.

Designed by little-known Russian outfit Izvilstoye Bashnya, the dual-tower scheme would have sat on top of two existing blocks overlooking Paternoster Square bought with cash by the developer in early 2015.

It is understood the concept, which the practice acknowledged had been inspired by the unrealised Tatlin Tower (1919) in Petrograd, had already received early support from the City of London.

Driven by the sightline corridors, the proposals have been carefully designed so that the 115m-tall (AOD) skyscrapers would not be visible from the south bank of the Thames. The helter-skelter-shaped structures will effectively ‘hide’ behind Christopher Wren’s dome when viewed from Tate Modern and the Millennium Bridge.

From Tower Bridge the buildings will also be masked by the Monument, also by Wren.

Meanwhile, the architects claim, when looked at from the north, the towers ‘appear to part like the Great Gate of Kiev’ giving uninterrupted views through to the cathedral.

Piotr Voknilem, practice director at Izvilstoye Bashnya, said: ‘Any claims that this project has been funded by dodgy money are frankly preposterous. Richard Waite – Architects Journal 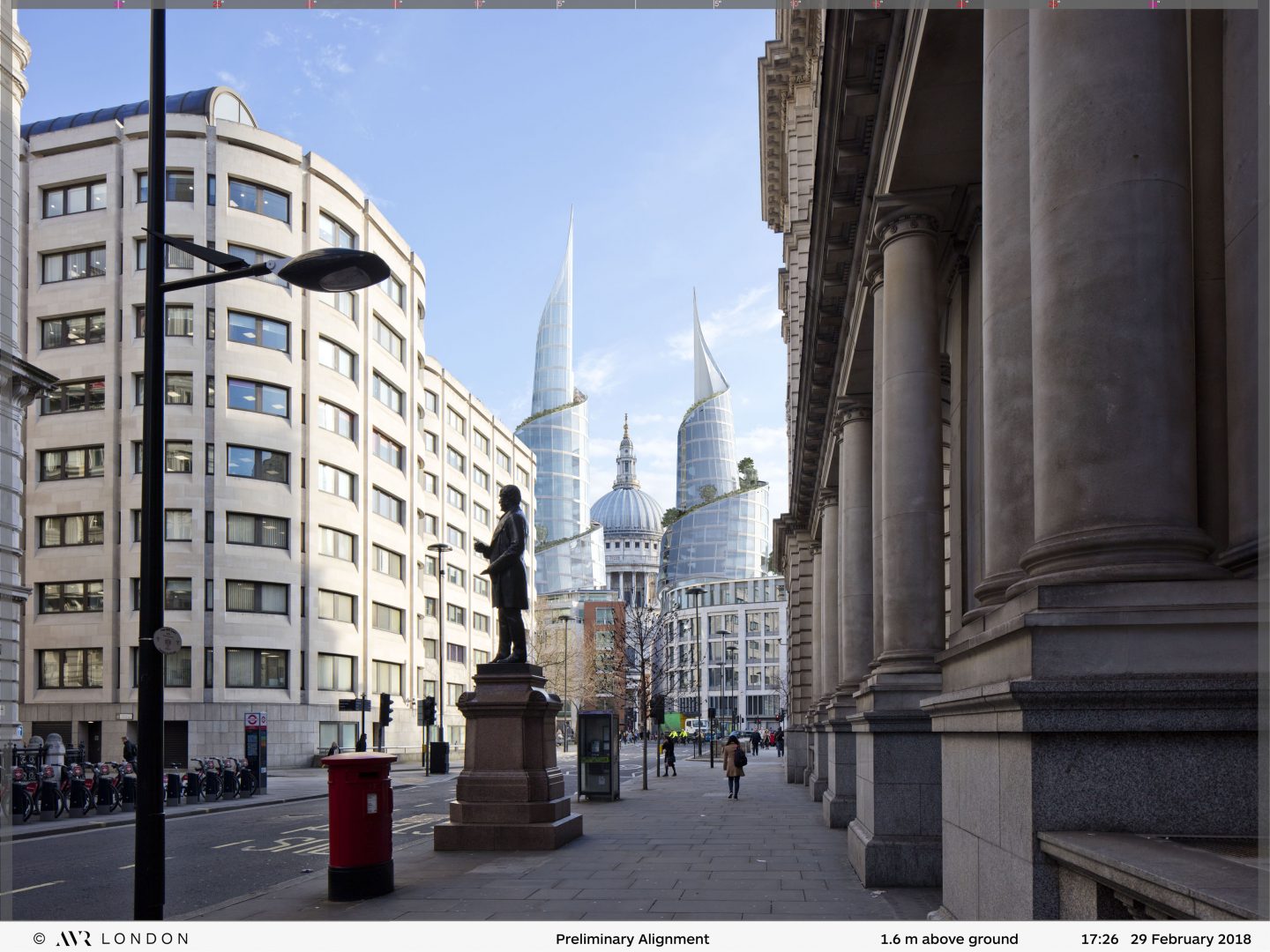 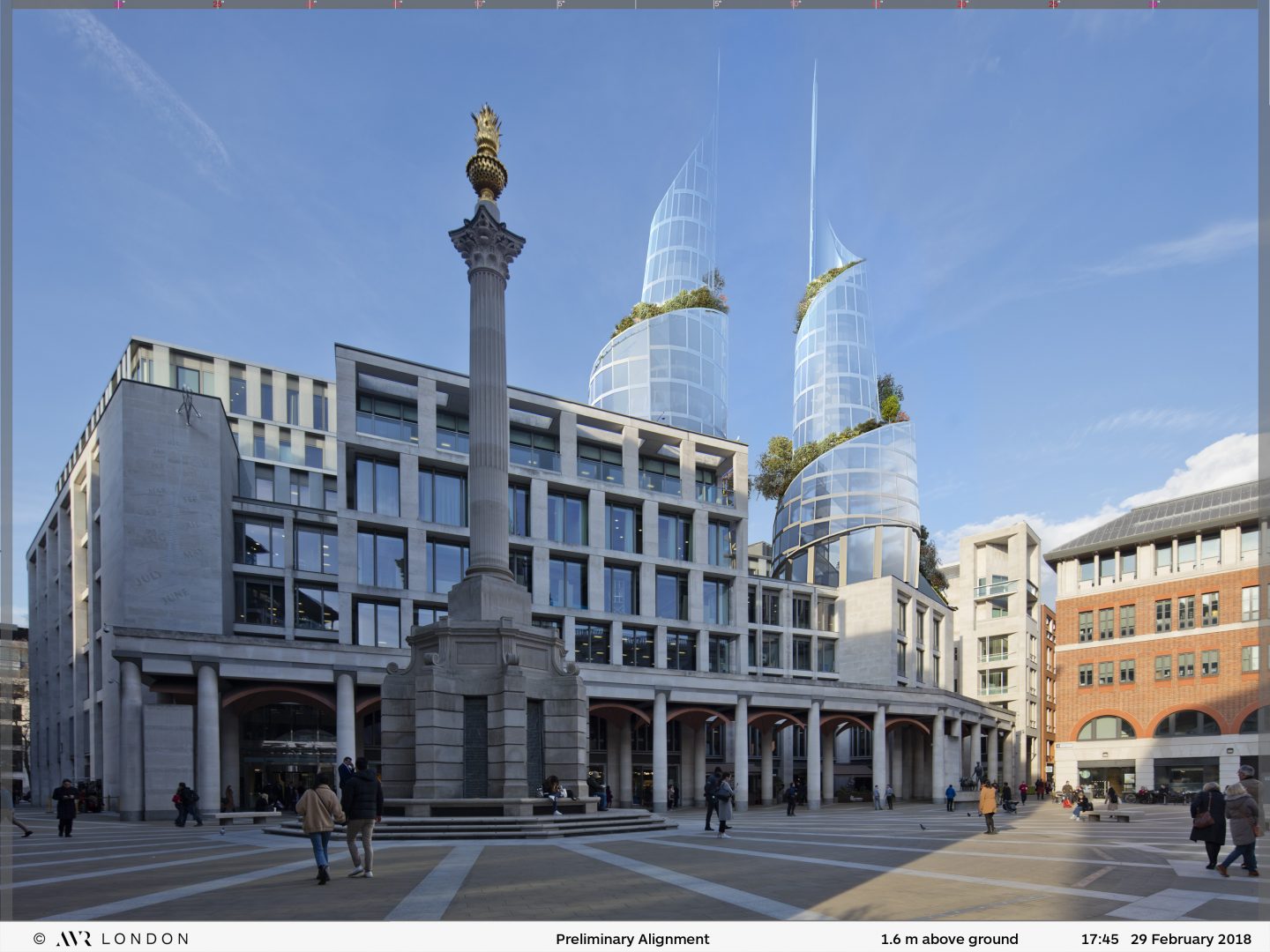 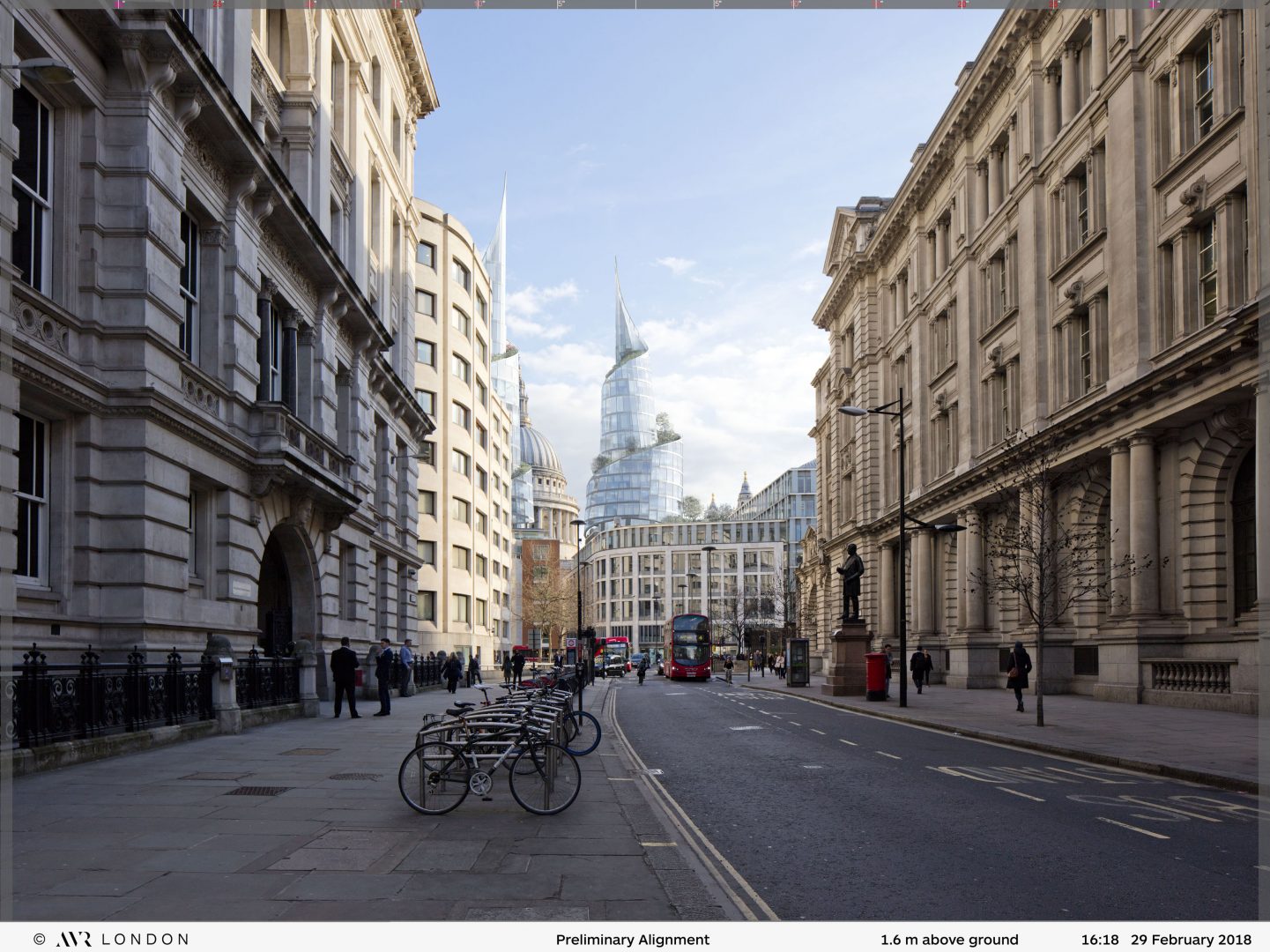 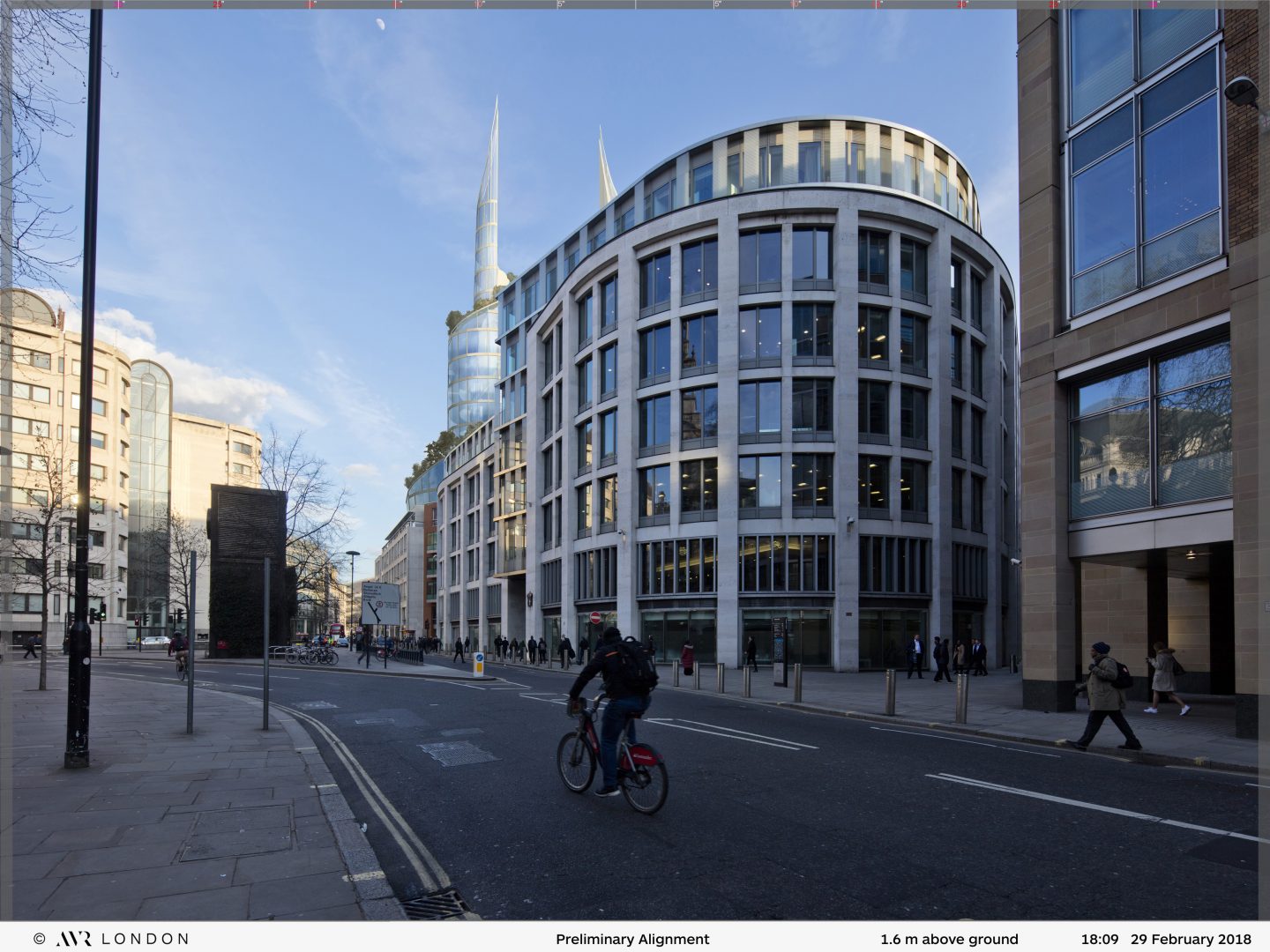 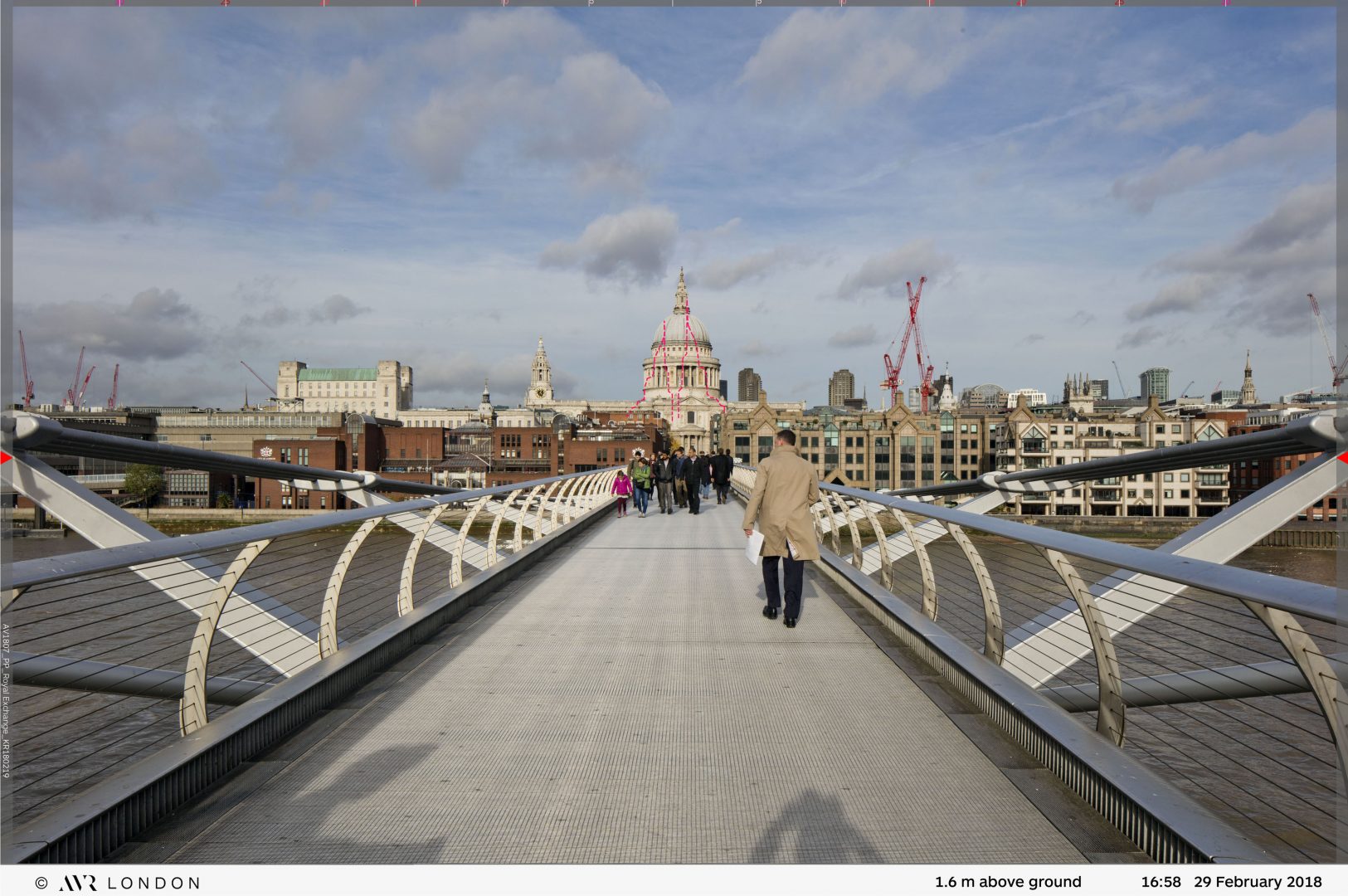 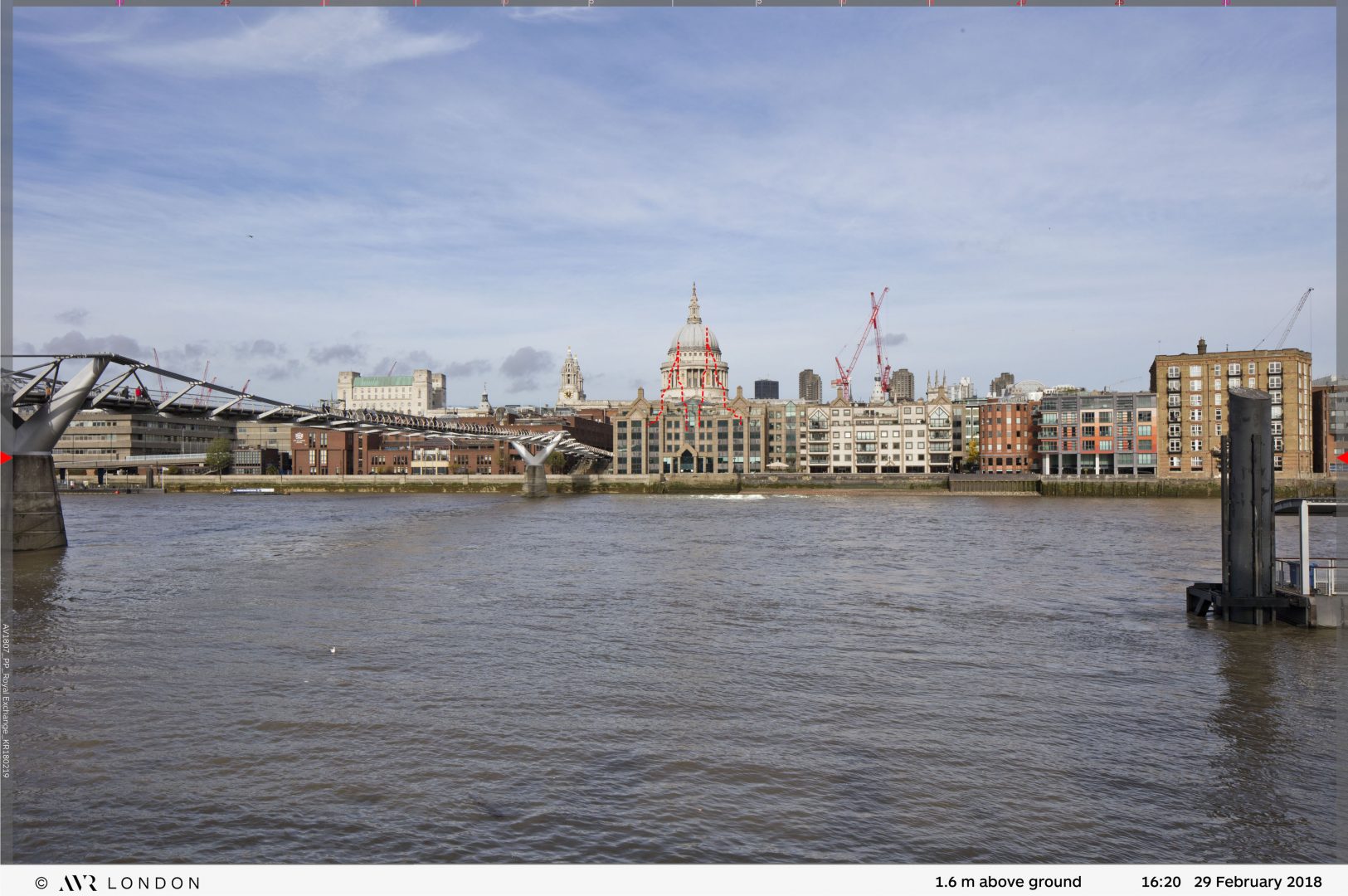 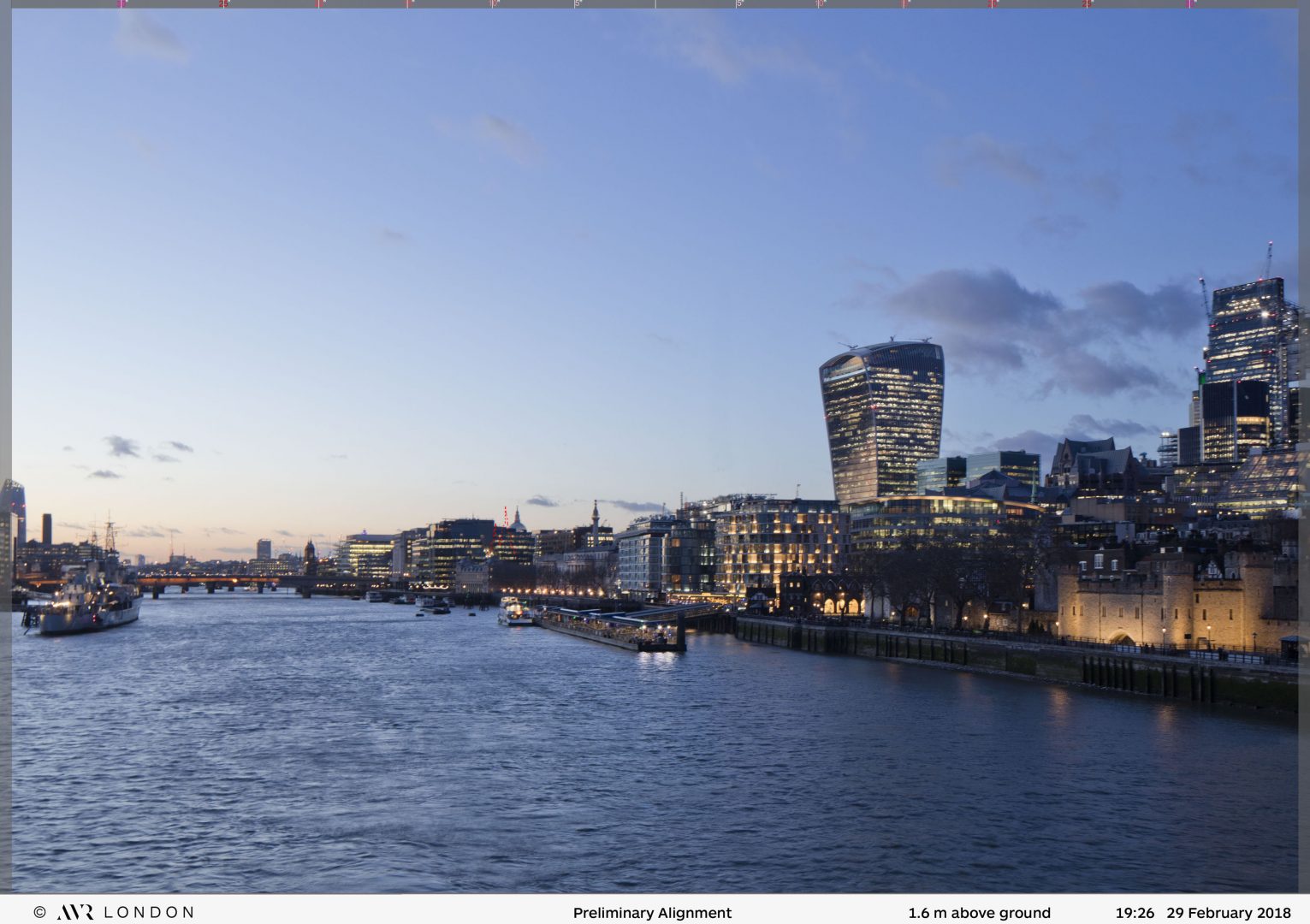 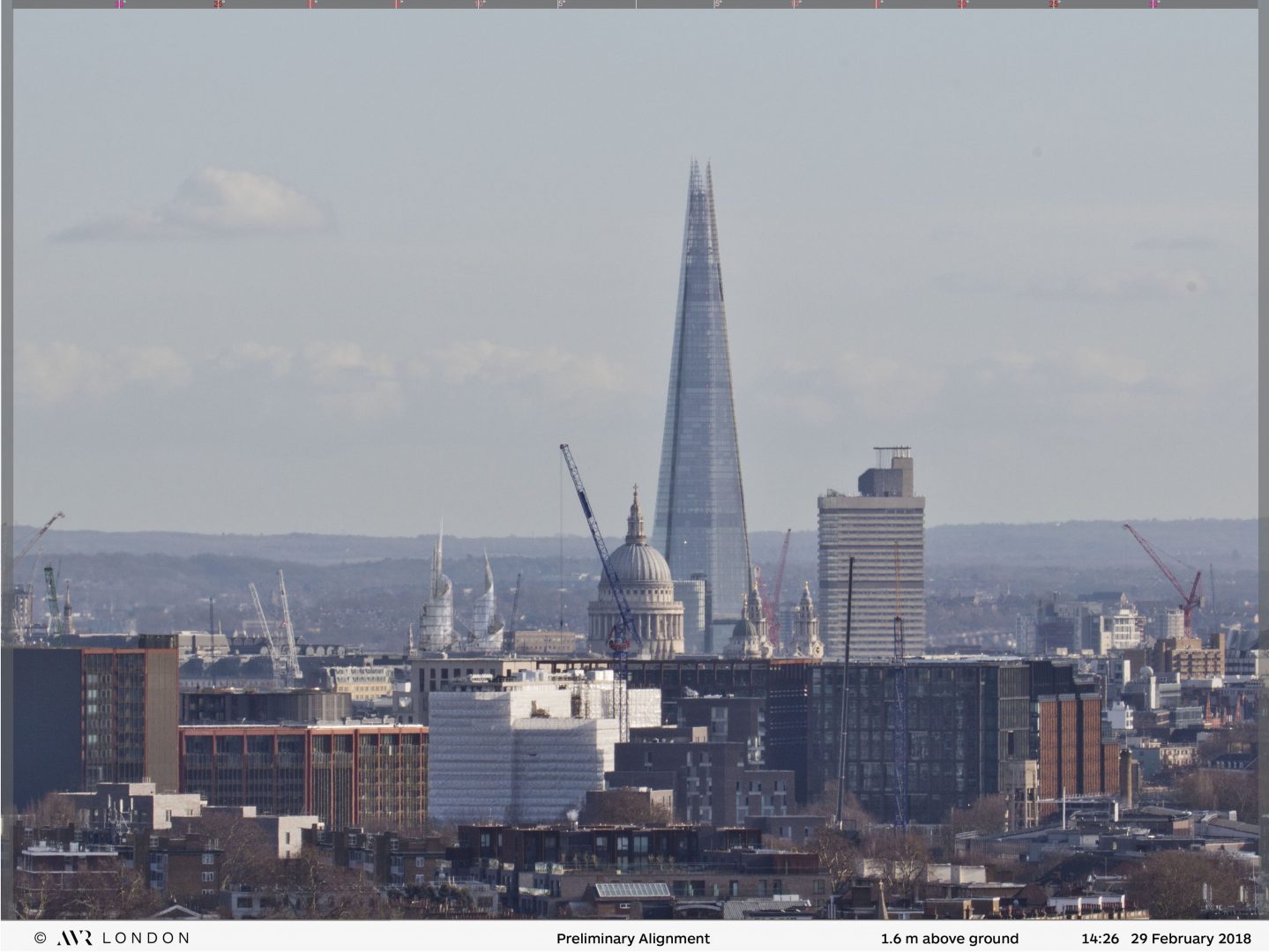