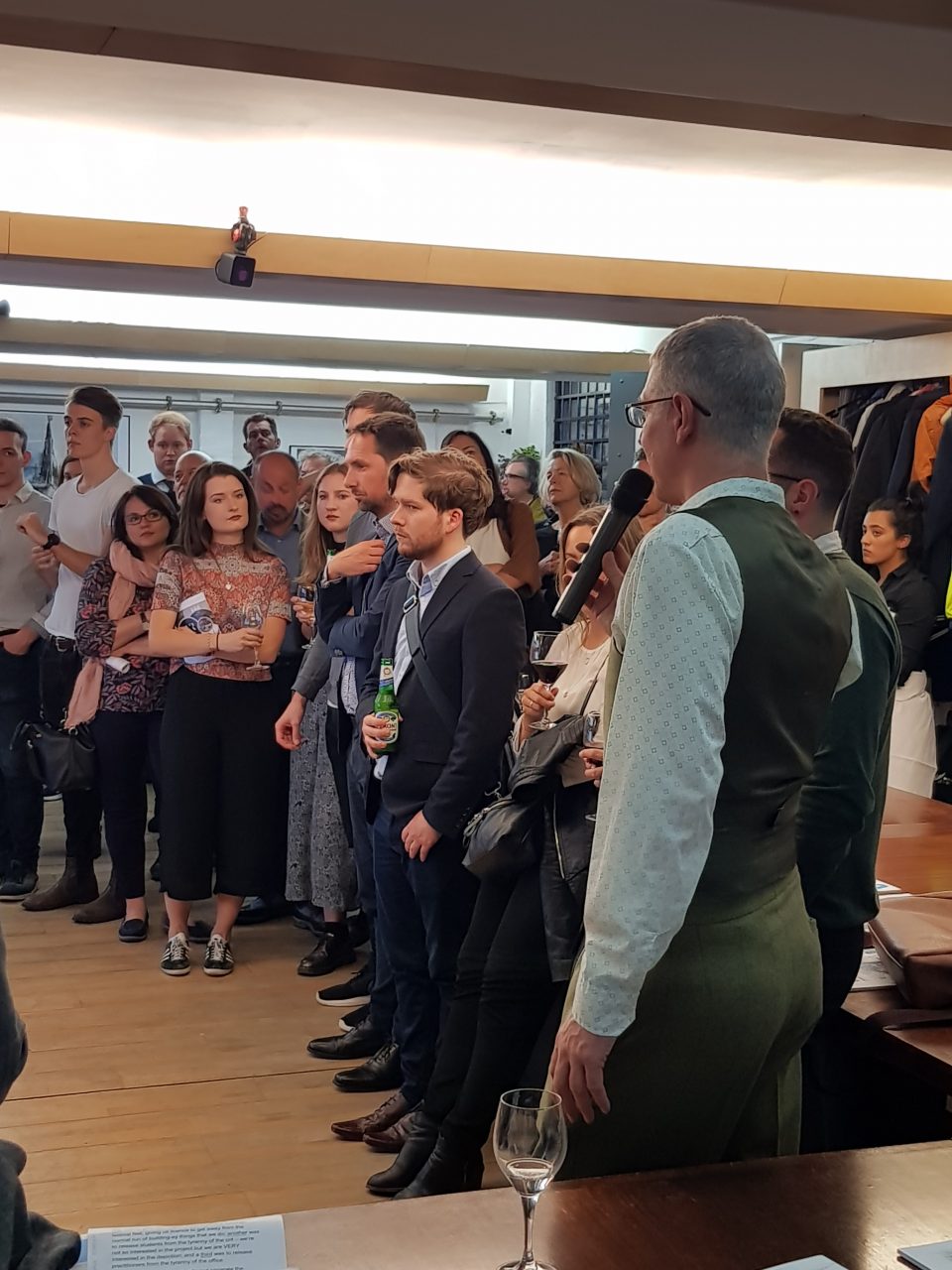 Last Wednesday Evening, industry professionals, talented, aspiring students and the winners themselves, all came together to celebrate the 2017 RIBAJ Eye Line architectural drawing Winners’ Party, held at Anise Gallery. For the second year in a row, AVR London was sponsoring and collaborating on the competition with founder Joe Robson opening the evening by saying that “this competition is a great inspiration to our own talented team of artists, all coming from backgrounds steeped in architecture and drawing themselves. The annual Eye Line entries always provide us all with a remarkable insight into the wide gamut of architectural illustration, and the judging of this demonstrates that which excites us as architects and drawing critics.”

“Eye Line demonstrates that which excites us as architects and drawing critics.”Joseph Robson

Hosted by RIBA Journal editor Hugh Pearman, the prizes were awarded to first place winner Matthew Kernan for his ‘Hockneyesque’ works ‘Fragmenting Nostalgia’ and ‘Locus Amoenus,’ second place to Frances Williams for her highly detailed plan drawings of ‘Ladybower Reservoir,’ and third place to Luca Gamberini for his apocalyptic and fantastical depictions ‘Last known City’ and ‘Vertical Forests.’ Commended entries included works by Jonathan Shekon Chan of Hawkins/Brown, Snežana Zlatković from the University of Belgrade Faculty of Architecture, Christopher Haiman of Yale University, Hamed Khosravi of Hamed Khosravi Studio, Delft, Netherlands, Robert Cox of ADAM Architecture, and Deimante Bazyte from the Royal Danish Academy of Fine Arts School of Architecture. Their winning pieces were all on display at Anise Gallery, an exhibition which was also part of Open House London.

Candidates were interviewed by Hugh Pearman, briefly explaining the method and inspiration behind their winning and commended pieces. This was then followed by a line-up of speakers; an artist, two architects, editor and professor, seasoned and emerging talents within the field of art and architecture, each one imparting their own insights as to what constitutes a truly, great architectural drawing. Past winner Luke from You+Pea, Egret West’s Christophe Egret, Greenwich University Professor of Architecture Neil Spiller, artist Adam Nathaniel Furman, and Hugh Pearman himself, discussed their chosen favourite architectural drawings under the theme ‘Out of heads – Communicating the Concept.’

Hugh started off the discussion, analysing Edwin Lutyen’s ‘Liverpool RC Cathedral,’ ripped out of a notebook from the 1920’s Roman Cathedral Project in Liverpool, stating that he particularly liked the drawing because of the extreme haste with which it had been executed, “much like a Frank Geary drawing, done very fluently, dashed off, with the viewpoint of the pedestrian, in sharp contrast to its highly detailed statuary and masonry elements.”

Adam Nathaniel Furman chose Hugh Ferris’ ‘1916 Zoning Law’ Illustrations,’ citing strong references to Romanticism in architecture, in their dramatic sense of scale and painterly quality produced by drawing in layers of charcoal, and then subsequently scraping them off. Furman saw the large-scale effects and ‘Metropolis-style’ geometrical forms as being archetypal of the Neo-Gothic movement, identifying the series of drawings as a fundamental inspiration in the conception of DC Comics,’ and in turn, in Tim Burton’s ‘Gotham City.’

This was then followed by Neil Spiller who chose ‘High houses’ designed by Lebbeus Woods,’ a drawing that depicts a city in the aftermath of the Bosnian war and Siege of Sarajevo. Taken from the series ‘War and Architecture,’ there is an all-too-evident dichotomy between despair and hope, a look to the past of a war-torn Sarajevo with a concurrent attempt to look at a Utopian future, as the houses are raised by steel cable systems. Spiller particularly praised it for its treatment of the theme, and for its ‘astounding Peronesi-style draughtsmanship.’

Christophe Egret chose the sketch by Nigel Coates of ‘Noah’s Ark restaurant and bar in Sap,’ referring to Coates as one of the best draughtsmen of his generation, who would conceive a project in his mind and draw it all overnight. Of Coates’ period in Japan, Egret called it one of a “real discovery of craftsmanship,” which produced drawings that had the ability to give architects all the information which was needed; “a sort of era of Post-Modernism, Classical but not quite modern…Classical yet not Classical.”

Luke Pearson, last year’s Eye Line winner and co-founder of ‘You+Pea’ architecture firm chose “I am a monument – the almost iconic drawing from Robert Venturi and Denise Scott Brown’s book, Learning from Las Vegas.” Appearing to have been “sketched as if drawn on a napkin,” Pearson also saw it as an apparent reference point to graphic novels and cartoons, in its mixture of sketchy drawing and writing, accrediting comic books with “giving you an insight into the interiority of peoples’ minds.”

Pearson claimed to love the drawing as he saw it as, “speaking to the recurring power of the sketch, even in an age where we have digital tools, which anyone who’s worked in a practice will be really familiar with when 3D modelling, and then sketching over it as if it’s something which the client will engage with more. This makes you wonder whether taking these arguments about filtering optic communications down into a sketch, although slightly iconic, is the ultimate way of manifesting these kinds of things.” He went on to say that he saw the drawing as an analytical way of drawing iconic cities, that it was interesting how the artists went back to the “primal sketch” to come up with key points, perhaps serving as a poignant example to all in attendance as to how Eye Line competition is such a worthwhile endeavour for architects.

Pearman closed the night expressing a deep satisfaction with this year’s competition, in seeing the incredibly varied ways and styles in which candidates communicate their architectural ideas. He proclaimed himself to be filled with great hopes for the future of the competition, stating that “after five years of running the annual Eye Line competition, I feel like I’ve seen them all, although I undoubtedly haven’t,” ending by expressing a fervent excitement over what will be produced in the years to come. 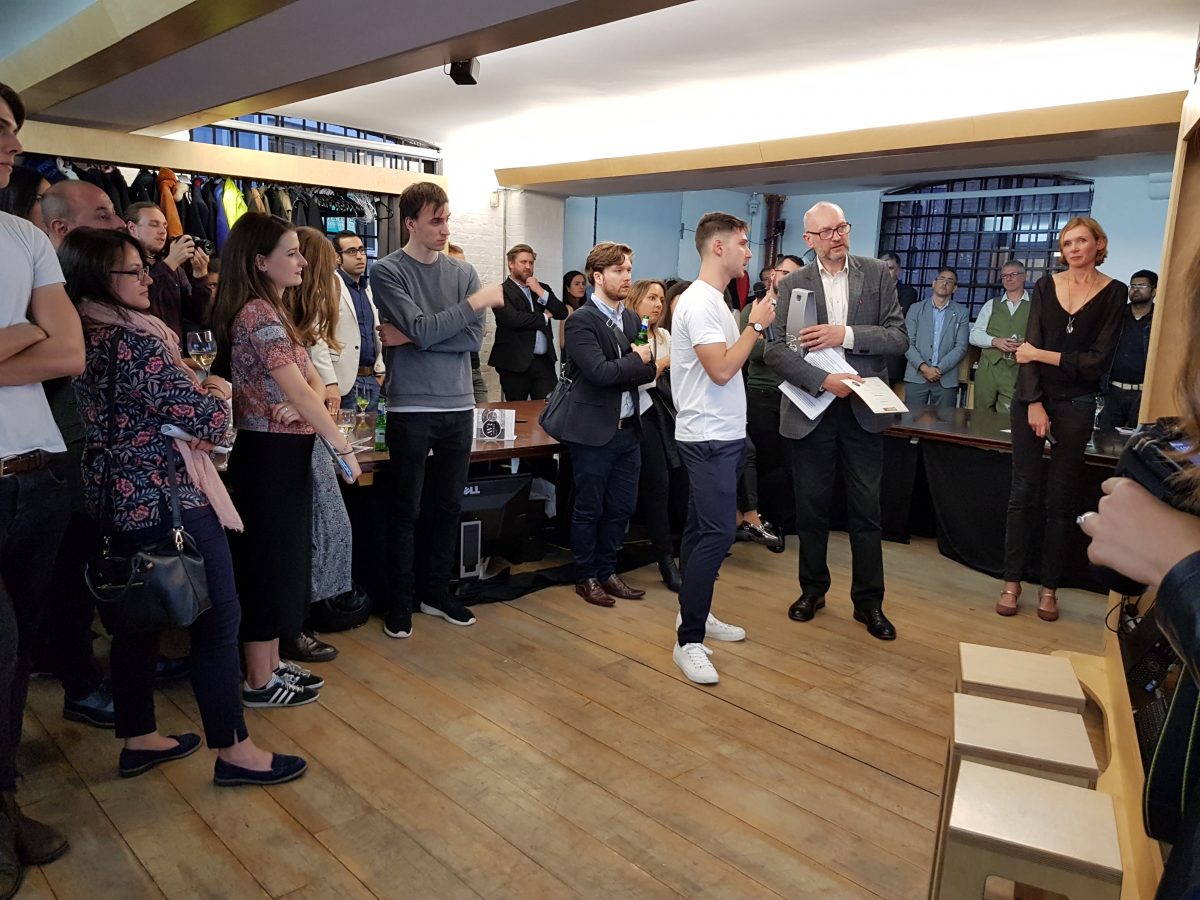 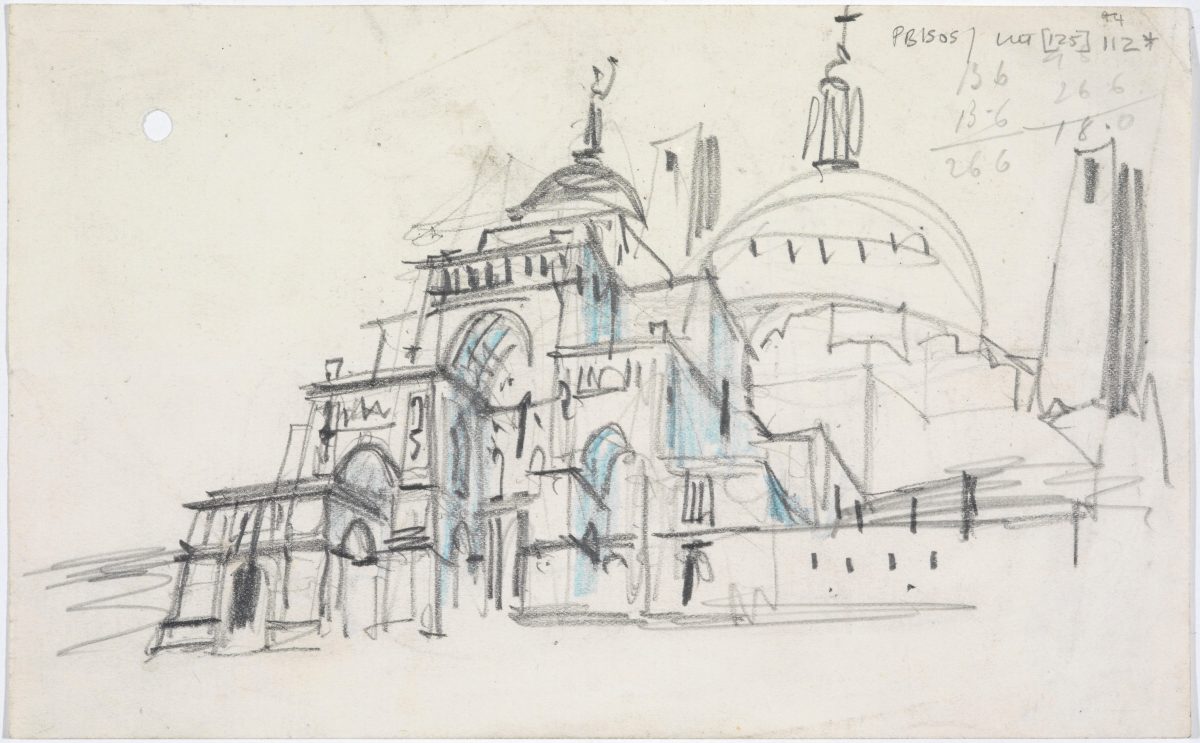 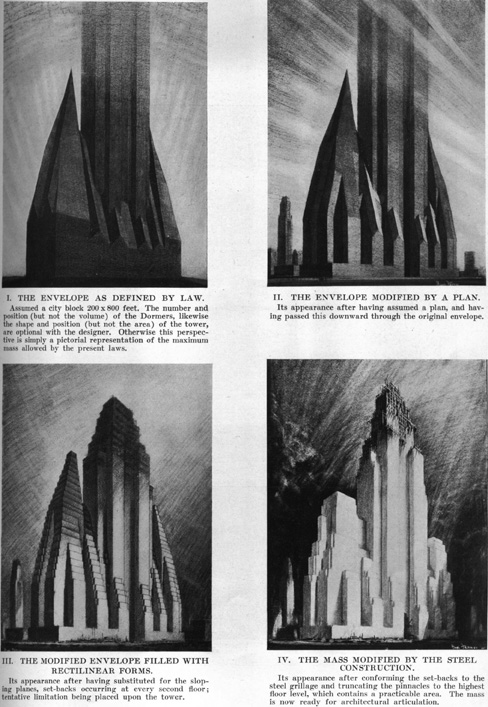 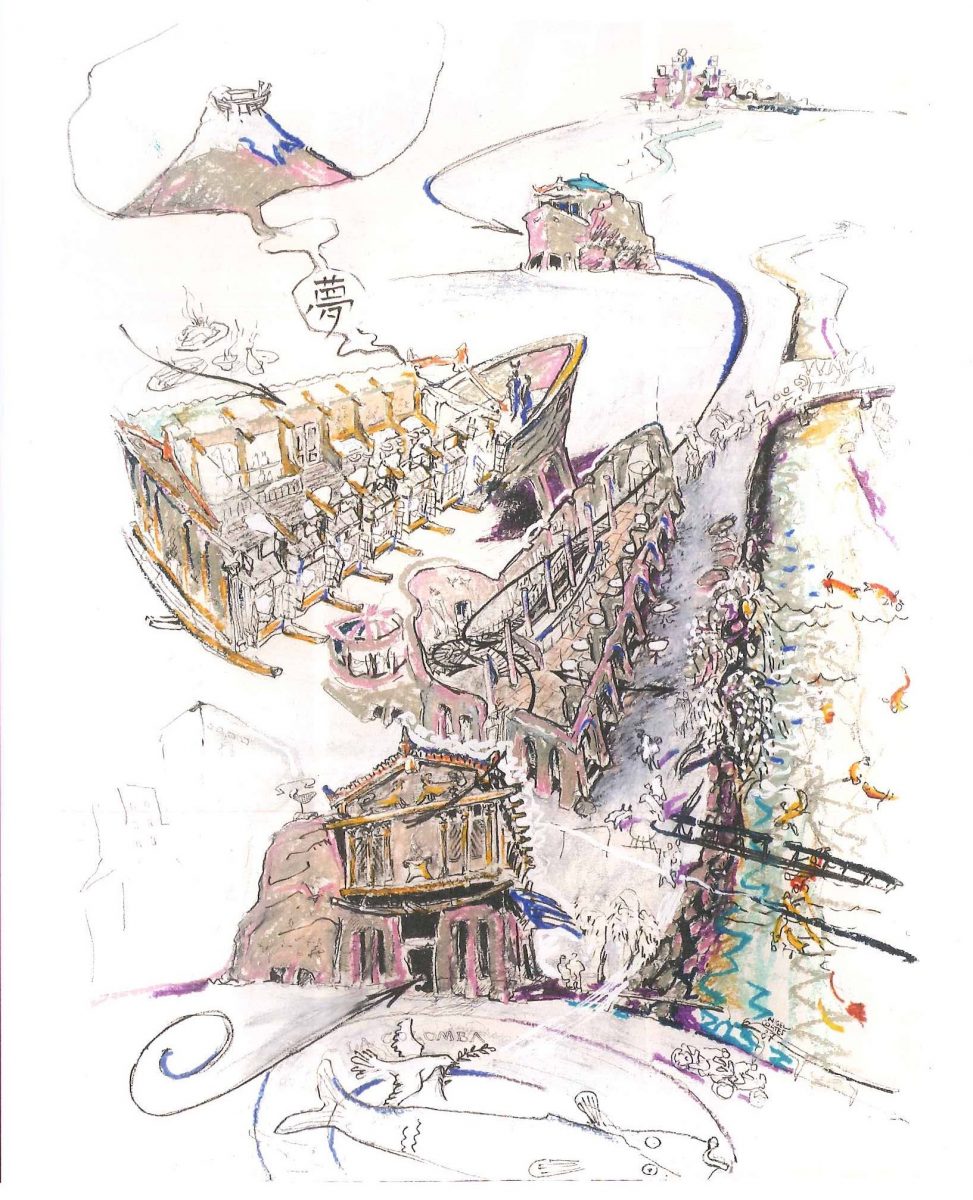 ‘Out of heads – Communicating the Concept’ – Christophe Egret chose Nigel Coates’ sketch of ‘Noah’s Ark restaurant and bar in Sap.’ 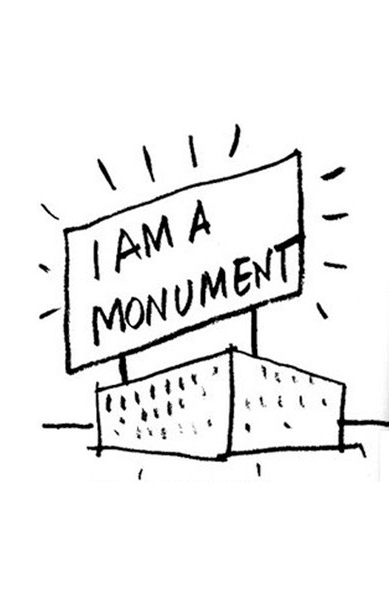 ‘Out of heads – Communicating the Concept’ – Luke Pearson chose ‘I am a monument – the almost iconic drawing from Robert Venturi and Denise Scott Brown’s book, ‘Learning from Las Vegas.’ 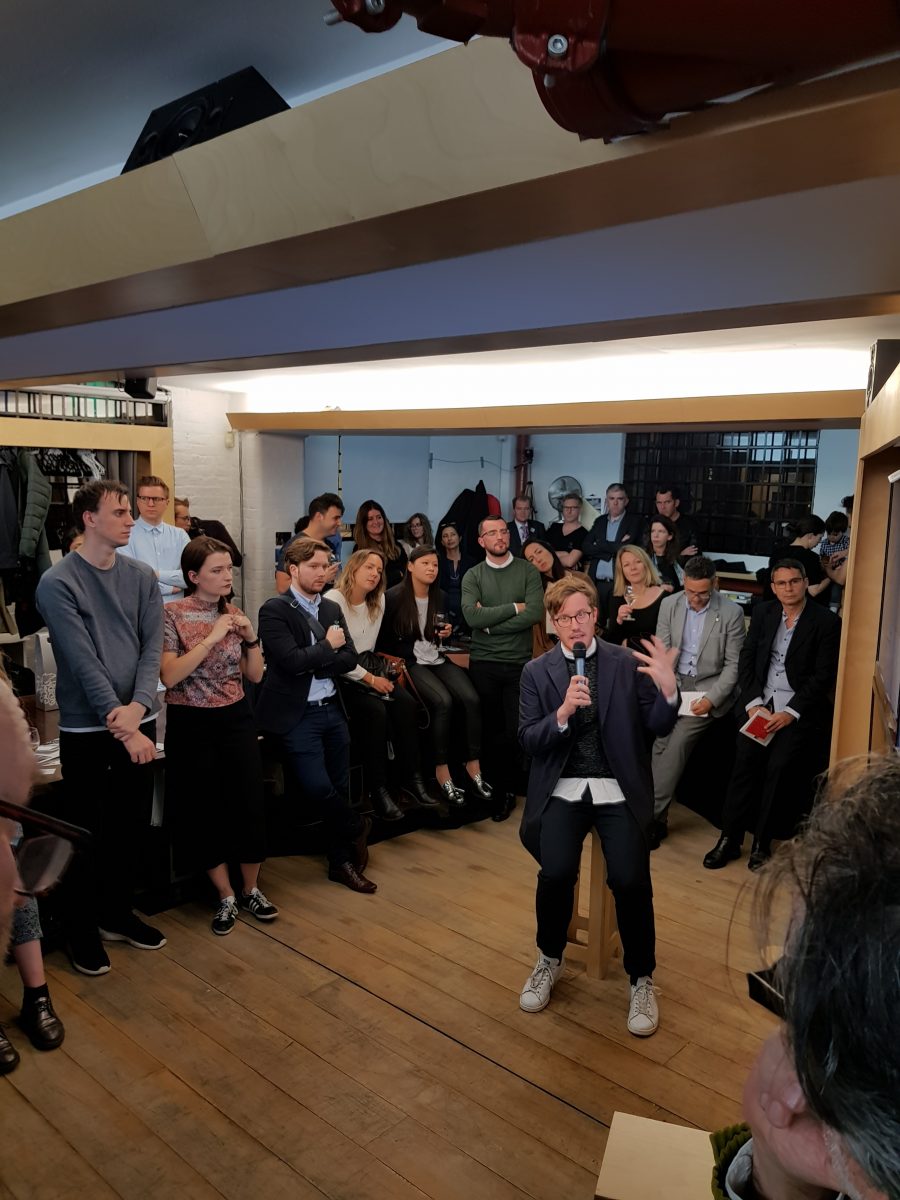 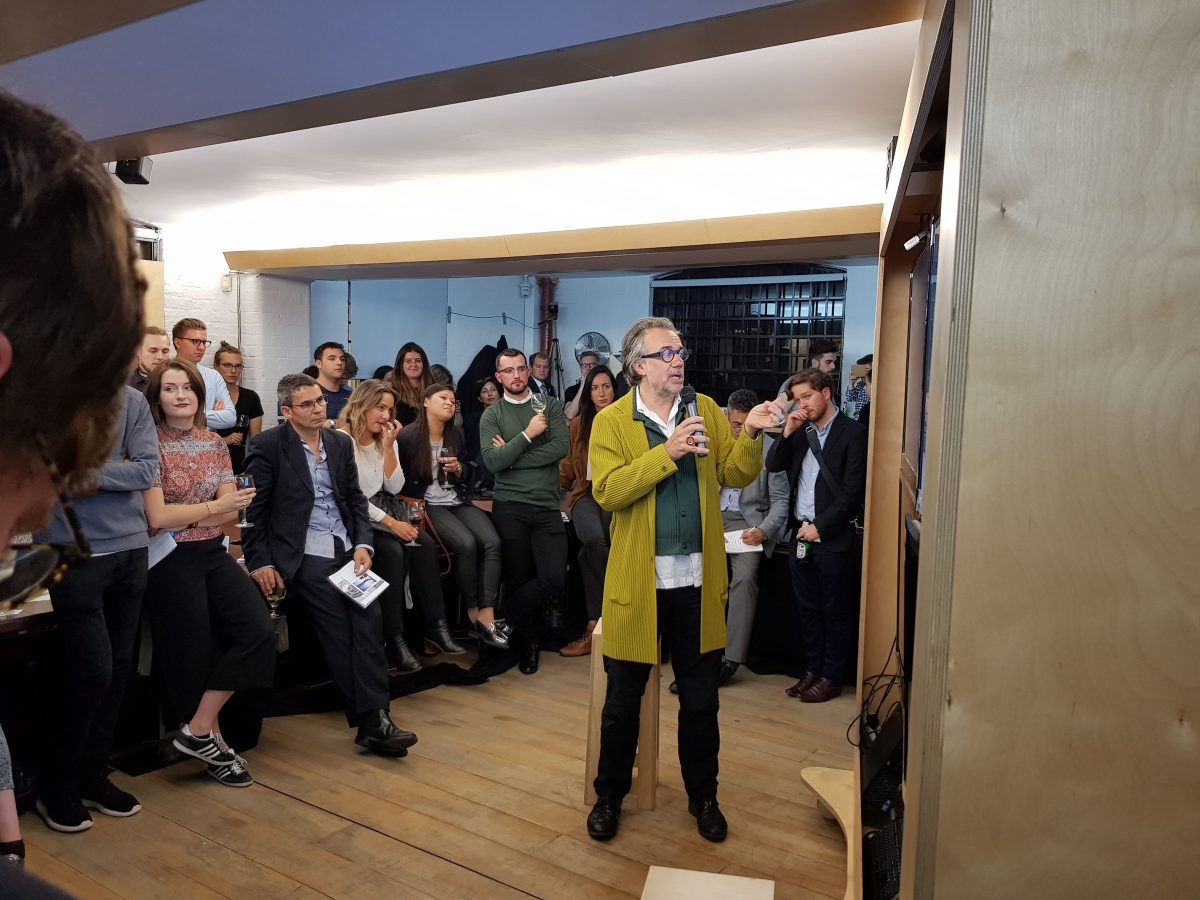 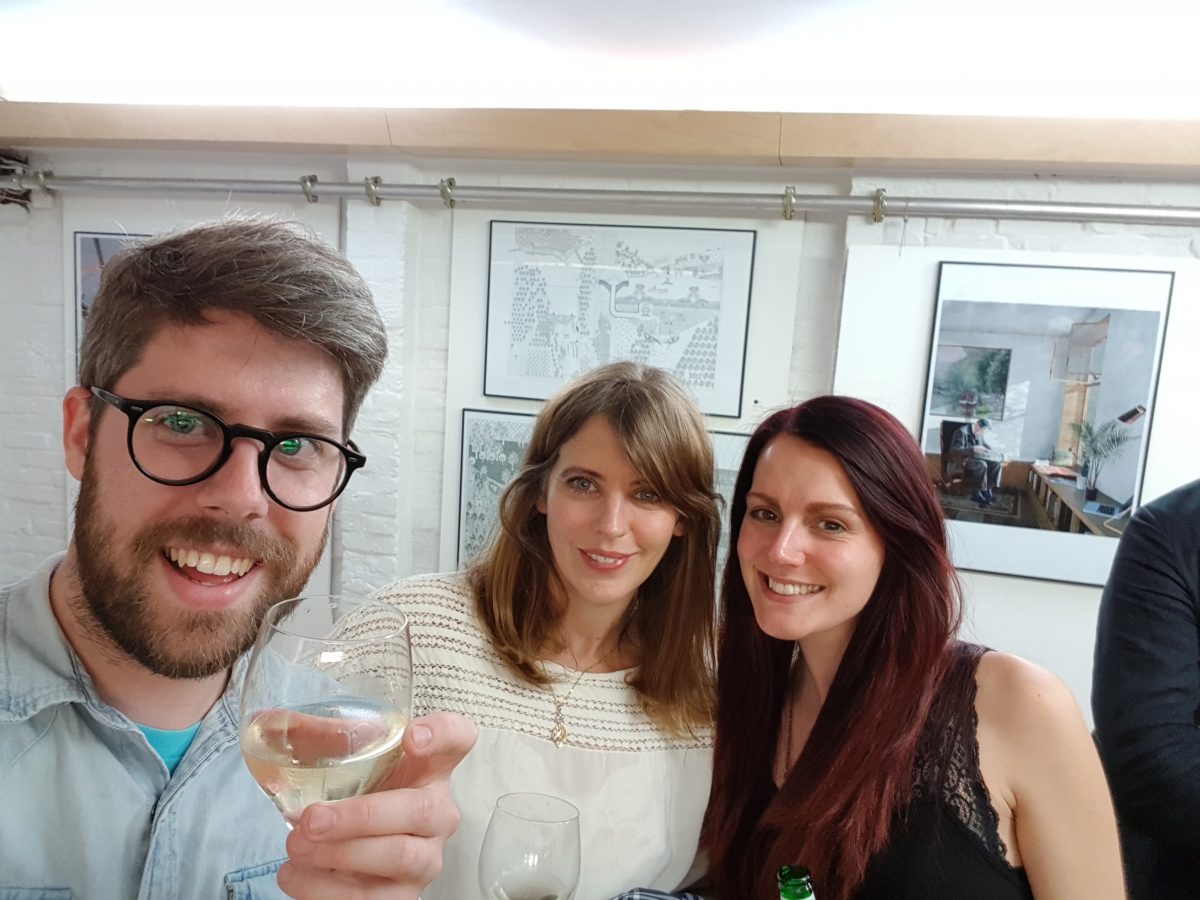 Team AVR London Joins in in the Celebrations