The 2016 RIBAJ Eye Line competition was launched in fine style last night, attended by esteemed practitioners from across the architectural community.

RIBAJ’s Eye Line competition is an annual celebration of the best drawings – in every medium – by architects and students from across the world.

Held here at Anise Gallery, founder of AVR London Joseph Robson kicked off the night with his thoughts on the continued importance of drawing in depicting architecture, before handing over to RIBAJ editor Hugh Pearman. Confessing it was his ‘”favourite event” of the year, Hugh led a panel discussion on the use of drawing as a technique in communicating an idea, with panel members including Eric Parry of Eric Parry Architects, Narinder Sagoo of Foster + Partners and curator and art consultant Jes Fernie. 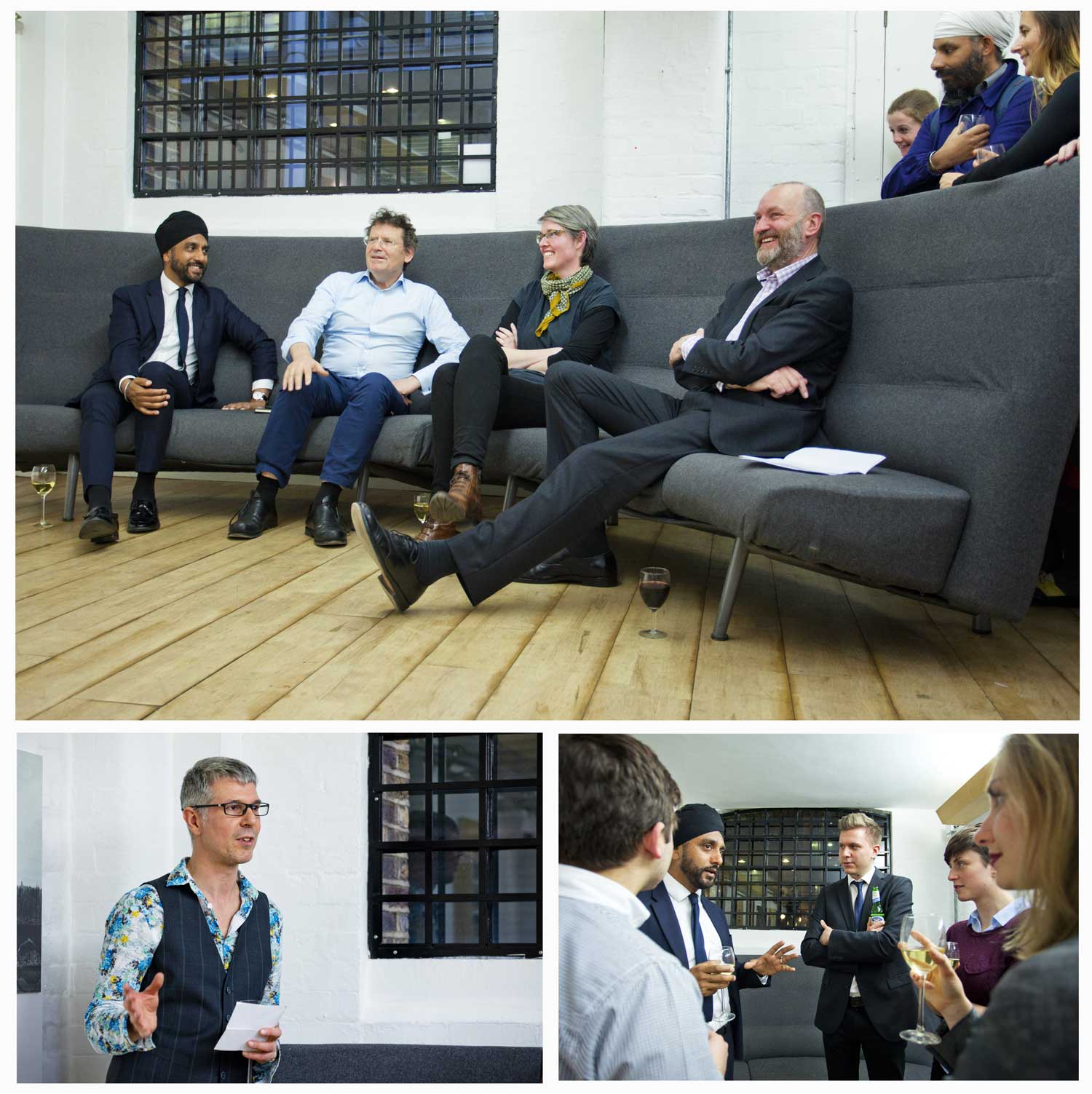 We were given an interesting insight into how and when panellists first put pen to paper and how they continue to use it as a primary communication tool. Eric Parry revealed hours as a child spent capturing the movement of animals at Bristol Zoo. Narinder Sagoo keeps his ‘eye in’ by sketching people on the tube on the way in to work. All panellists agreed that the late Zaha Hadid was a master at articulating a conceptual idea through her paintbrush, and then somehow being able to faithfully execute it.

Perhaps the most interesting insight of the evening was the discussion around ‘house style’. Many practices are known for a certain ‘look’ to their buildings. But should it exist? Isn’t fully considered design, responsive design? Responsive to the needs of the brief, to its cultural and situational context?

For more information on the events of the night see #ribajeyeline or @AVRLondon. Come along to Anise Gallery to see the current Retrospective exhibition of previous winners and commendations – open until 28 April.

If you would like to enter this year’s competition, you can enter here. Entries close on 13 June. Judging will be be chaired by Hugh Pearman and will include previous winner Amelia Hunter, Joseph Robson of AVR London and architects Will Alsop, Eric Parry and curator and art consultant Jes Fernie.